European auto market fell 25.2% in September due to lack of core, Model 3 became the top seller for the first time

Due to the continuous shortage of chips, many car companies continue to reduce or suspend production, making dealers still insufficient supply of new cars, causing some consumers who are unwilling to wait to switch to the used car market. Therefore, the European new car market fell sharply again in September.

According to data from the European Automobile Manufacturers Association ACEA, in September 30 European countries (including the European Union, the European Free Trade Association and the United Kingdom) passenger car market sales fell 25.2% year-on-year to 972,723 units, which was the first consecutive market in this market. The three-month sales volume was less than 1 million vehicles. 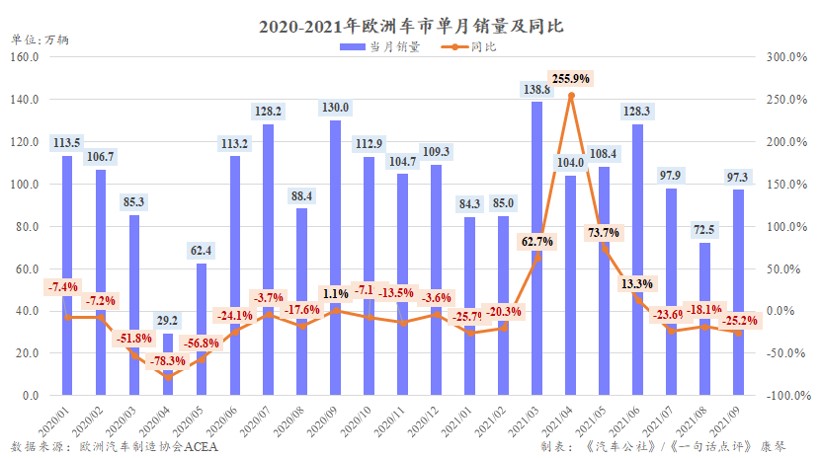 European auto market fell 25.2% in September due to lack of core, Model 3 became the top seller for the first time
The sales volume of Hyundai Group in September reached 108,344, which was a new monthly high after March 2019. With this achievement, the group also won the third consecutive month of European market group sales.

Behind this is the adversarial growth of Hyundai and Kia’s brands. According to data, when the European market fell by more than double digits from July to September, Hyundai brand achieved growth for three consecutive months, with growth rates of 5.4%, 2.2%, and 5.7%, respectively. The Kia brand’s year-on-year growth rate was 0.8%,- 2.8% and 8.1%. Although the latter experienced a year-on-year decline in August, considering the largest increase of 18.7% among all brands at the time of its harvest in the same period last year, coupled with the sharp decline in the European auto market in August this year, it is not so unacceptable.

So why are Hyundai and Kia able to perform so well in a down market? 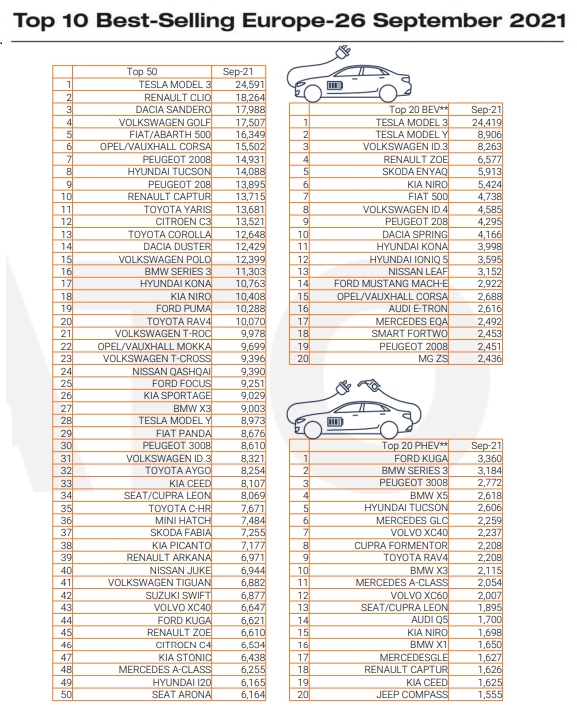 European auto market fell 25.2% in September due to lack of core, Model 3 became the top seller for the first time
According to the two lists of the top 20 pure electric and plug-in hybrid sales in September 26 European countries announced by Jato a few days ago, the former includes Kia Niro and Hyundai Kona, and Ioniq 5 with 5,424 and 3,998 respectively. Hyundai Tucson, Kia Niro, and Ceed were among the latter with 2,606, 1,698 and 1,625 respectively.

This is because although the European passenger car market has experienced continuous sharp declines in the past three months, the electric car market has maintained a good growth. According to the new vehicle fuel data of EU countries in the third quarter released by AECA, the sales of gasoline vehicles fell 35.1% year-on-year, and diesel vehicles fell 50.5%, but pure electric vehicles and hybrid vehicles increased by 56.7% and 42.6% respectively. 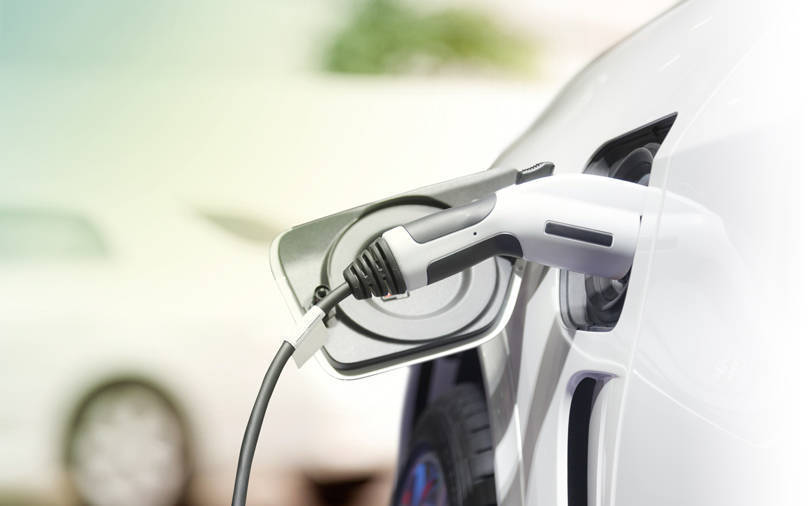 European auto market fell 25.2% in September due to lack of core, Model 3 became the top seller for the first time

Jato’s single-month data also showed that the electric vehicle market in September increased by 44% year-on-year, with sales of approximately 222,000 vehicles. The market share also reached a new high, increasing from 12% in the same period last year to 23%, leading for the second consecutive month. Diesel vehicles have become the second largest power segment in Europe.

It is also worth mentioning that in September among these 26 countries, the Tesla Model 3 won the title of the month with 24,519 vehicles. This is the first time that an electric car has become a single-month champion in the European market, and it is also the first time that a non-European model has occupied this throne.

In fact, not only Model 3, but Model Y also became the second best-selling electric car in Europe in September with 8,906 units. Driven by these two cars, Tesla’s share of the electric vehicle market reached 24% in September, even ahead of the Volkswagen Group’s 22%, not to mention the STELLANTIS Group’s 13% and Hyundai Group’s 11%.